Those performing flexible work are satisfied with their career

It is typical of flexible forms of working that the workers can decide when and how much they work, and often also the location of the work, i.e. they can cherry-pick the best opportunities.

In most cases, flexible working is a conscious choice that fits the worker’s life situation or lifestyle. In 2018, only one third of Finns working part-time would rather choose full-time employment, according to Statistics Finland. The satisfaction rate is even higher in the United States, where a peer evaluated study published in 2019 shows that 80% of people performing flexible work are satisfied with their work. The aspects of flexible working that were considered the most pleasing include the opportunity to affect one’s own schedule and working hours. Therefore, new forms of working can be considered to offer a worthy alternative for many people seeking a more autonomous career.

However, the increased popularity of flexible working has also raised concern. Some of the flexible work is implemented outside traditional employment contracts and employment conditions. This is especially often the case with platform-based and task-based work. Multi-national companies based on a platform-based economy have been criticised in recent years for evading the rights of self-employed people and for wage dumping.

Flexible work can also be responsible: temporary agency workers are in an employment relationship with the temporary work agency and have the same pension and occupational healthcare benefits as any other wage earner. However, they can draw up their work schedule based on their personal preference, and can even work full-time or on a long-term basis, if they so choose.

However, it should be noted that today, the opportunities offered by temporary agency work are diverse and it is no longer synonymous with physical work. With the rise of interim management solutions, a director or an expert can also be acquired through a temporary work agency. 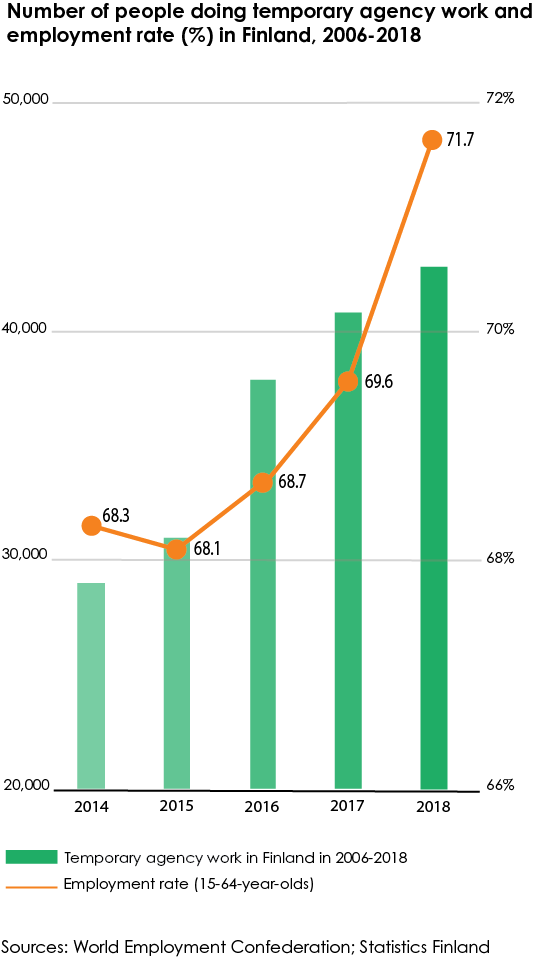 The flexibility of traditional working is also increasing

On the other hand, flexible work can mean a traditional employment relationship where the combining of work and leisure time has been made more flexible. In this, Finland is among the leaders in the world, as the option to work flexible hours has been included in the law for over 20 years! At the beginning of 2020, the Working Hours Act was extended even further, allowing full-time workers to decide the location where they work more freely. 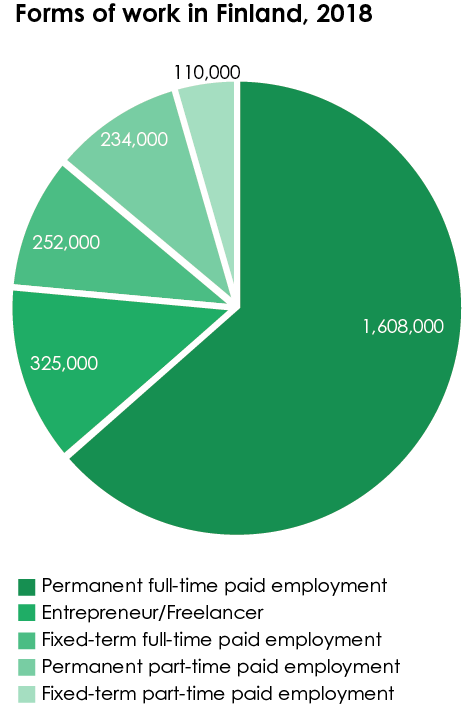 It is important that the moving of labour between various employment relationships and forms of working has also been observed in legislation.